Konya city is in the southern part of Middle Anatolian Region named with its own name.

Average altitude of Konya is 1.016 m. Neighboring provinces are the capital Ankara to the north, Isparta, Afyonkarahisar, Eskişehir to the west, Mersin, Karaman and Antalya to the south and Niğde and Aksaray to the east.

Konya is generally has a broad and flat area with lowlands and plateaus. The terrain gets gradually rougher in the southern parts and the province's southernmost parts are mountainous, surrounded by Taurus Mountains.

Plateaus covered by rich steppes are important factors which effects the agriculture and animal husbandry sectors.

Lake Tuz (Tuz Gölü) is the second biggest lake in Türkiye. Average depth of the lake is about 1.2 meters. Its surface area gets smaller in summer due to evaporation and in the dried parts salt residues form. The lake supplies a fair amount of Türkiye's salt demand.

Beysehir Lake is on the western part of Konya near Isparta-Konya border. Beysehir Lake is the 3rd largest natural lake in Türkiye and also the biggest fresh water lake in Türkiye It is also one of the most important national parks in Türkiye. There are opportunities for water sports, mountain sports and hunting in the area of national park. The economic value of fishery is high. The lake has 2 beaches, 22 islands and lots of rock formations. Also the lake is important for tourism by being an important location for bird reproduction, feeding and sheltering.

II.TRANSPORTATION
Since Konya is in the center of Türkiye, it has a very advantageous location in terms of transportation opportunities. Konya is a crossroad between the roads passing through west to east and north to south.

Central location in Anatolia and large areas makes Konya having the largest intra-provincial road network in Türkiye. Konya's road distance to various cities of Türkiye is below

There are four major investments in the land transportation in Konya. The new Konya-Antalya project will shorten Konya-Antalya distance to 250kms and reduce the duration by an hour, the second new line will connect Konya's southern provinces to the Mediterranean coastline and the third project is to renovate Konya-Karaman-Mersin line, which will shorten the time to reach the largest port in Türkiye. The last project is to build a new 120 km orbital motorway in Konya. The first stage of the orbital motorway has been completed.

Afyon-Konya-Pozantı road has the assignment of TEM and E-Road (E981) and Ankara-Konya-Antalya road belongs to the network of TRACECA. Konya connects to the E96 road via Afyonkarahisar and to the E-90 road via Pozantı and Kulu districts. Consequently, Konya has connections with Mersin International port.

Konya has been benefiting from the railroad connection since 1898. The trains passing through Konya are Taurus Express, Middle Anatolia Blue Train and Meram Express. The most important work in railroad transportation is the high speed train project between Konya and Ankara. With the completion of this project in 2011, the transportation time between Konya and Ankara has decreased to 1 hour and 50 minutes. Connections between Konya-Eskişehir has been established in 2013 and Konya-İstanbul in 2015 and Konya-Karaman in 2022. Currently high speed trains takes 1 hour 54 minutes to Eskişehir and 4 hours 15 minutes to İstanbul. High speed train connections to Antalya, Mersin and Kayseri is under construction stage. Konya-Ankara railroad is not used for freight transport.

3. Air Transportation
Air transportation is provided by the civil facilities which are added to the Konya Air Base (which also hosts the Turkish Stars, aerobatic demonstration team of the Turkish Air Force). There are daily flights of several firms to İstanbul. 11 shuttles are between Konya-İstanbul everyday as well as direct flights to European cities such as Amsterdami, Copenhagen, Oslo, Dusseldorf, Stuttgart and Rotterdam during summer months.

Construction of the new logistics village was started in 2010 and the first stage was finished in 2020. According to State Railways data, with the fully activation of Konya Logistics Village, it is aimed that current transportation capacity of 634.000 tons/year will increase to 1.679.000 tons/year. The plan is to transport goods and raw materials that are crucial for Konya industry and agriculture. The competitiveness of these products will be possible with mentioned logistics opportunities.

The services to be presented in Konya Logistics Village can be summed up as: 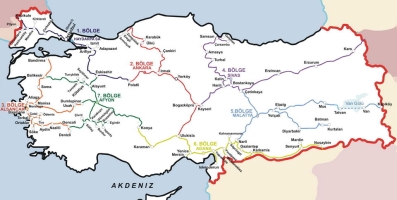 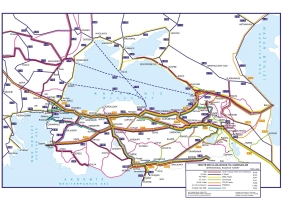 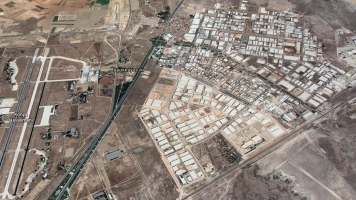